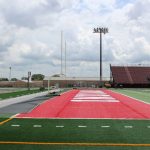 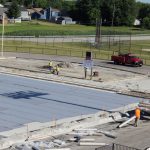 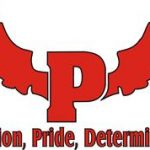 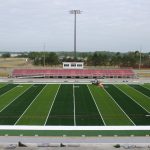 What a difference a week makes!  With construction crews finishing the backfilling along the concrete cubing on the inside of the track, the turf crew has leveled/compacted the area and are adding the final rolls of shock pad to the extra areas of the field.  The entire turf playing surface has been laid down from 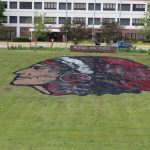 Progress continues as the old turf has been completely removed.  Crews have started adding nail board to inside of the concrete curbing.  The stone base has been touched up/re-leveled and the installation of the FTS shock pad will soon begin.  Be sure to check out the updated photo galley to see additional photos. As the above 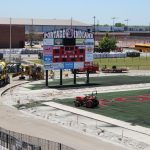 Construction of the turf field and track continues.    The crews have finished milling the entire track to the base and have removed all the asphalt.  A trench for the new concrete edging surrounding the inside of the track has been dug out and the pouring of the the new curbing has begun.  The majority of the 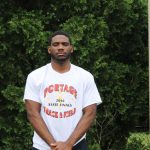 Jeremiah Ratliff was selected to represent Team Indiana at the Midwest All-Star meet this past weekend at Ohio Wesleyan University in Delaware, Ohio.  Team Indiana ran against other athletes from Ohio and Michigan.  Jeremiah was selected based on his season times and also his performance at the Indiana State Track Meet.  Jeremiah ran the 200 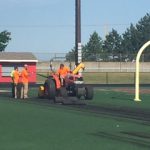 Today the crew from Kiefer, U.S.A. began removing the black rubber infill in our present turf.  This is the beginning of our turf  and track removal and the construction of the new turf field and running track.  Portage was the first in the area to put down a synthetic turf field and that field is 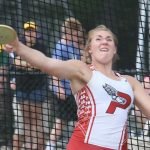 Portage was well represented as several student-athletes were named to the 2016 All-DAC Track Team. For the Boys,  Michael Johnson was named the Boys Field MVP and was also a State Qualifier in the Shot Put.  The 4×100 Meter Relay team of Daveon Finley, Elijah Gauldin,  Greg Milledge, Jeremiah Ratlliff (2nd @ State), Jeremiah Ratlliff in the 100 meter 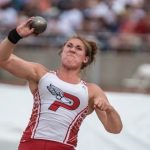 Below is a link to Steve Hanlon’s NWI Times article on PHS Junior Victoria Farley who won her second consecutive State Championship with a throw of 46’11.75″.  Great job Victoria! Portage’s Farley repeats shot put title at state See a clip of Victoria in action here: IMG_0911 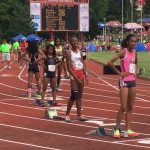 Friday, June 3, 2016 12:00 AM Place 20 Points 11 Meet Recap Victoria Farley repeats as State Champion in the shot put and places ninth in the discus. Aujone Stokes places sixteenth in the 200 m dash and Kyra Ball places twenty sixth in the 1600m run. Great Job Girls!!  Full results are in the 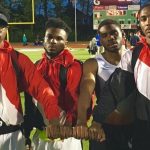 Below is a link to Jim Peters’s NWI Times article on the PHS Boys 4 x 100 relay team who will compete for a state title on Saturday: Portage’s 400 relay has state title aspirations