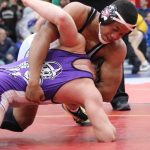 Wrestlers Shine in Ohio The Portage High School Wrestling Team excelled against some of the countries best teams at the 57th Annual Brecksville Holiday Wrestling Invitational on Friday and Saturday. Portage finished 2nd of a field of 47 teams, finishing behind the InterMat #9 Team Detroit Catholic Central (MI) (200). Portage (173.5) finished above two 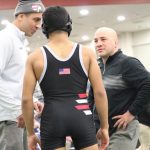 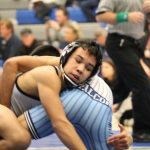 Wrestlers Head into Weekend as #4 Seed at Team State The Portage Indians Wrestling Team will go into the Indiana High School Wrestling Coaches Association (IHSWCA) Team State Duals as the 4-seed and ranked 5th in the state. The IHSWCA put together a bracket, seen below, that incorporates 4 (A-D) pools of 3 teams that 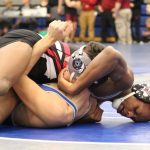 Multiple Teams · Dec 6 Wrestlers Look to Get Back on Track

Portage Wrestling Looking to Get Back on Track against DAC foe Merrillville The Portage Indians wrestling team (#5 in Indiana, #36 Nationally) look to get back in the win column against Merrillville tonight in the PHS Main Gym after placing 2nd at Lake Central’s Harvest Classic to Perry Meridian (#3 in state, #45th Nationally). Portage