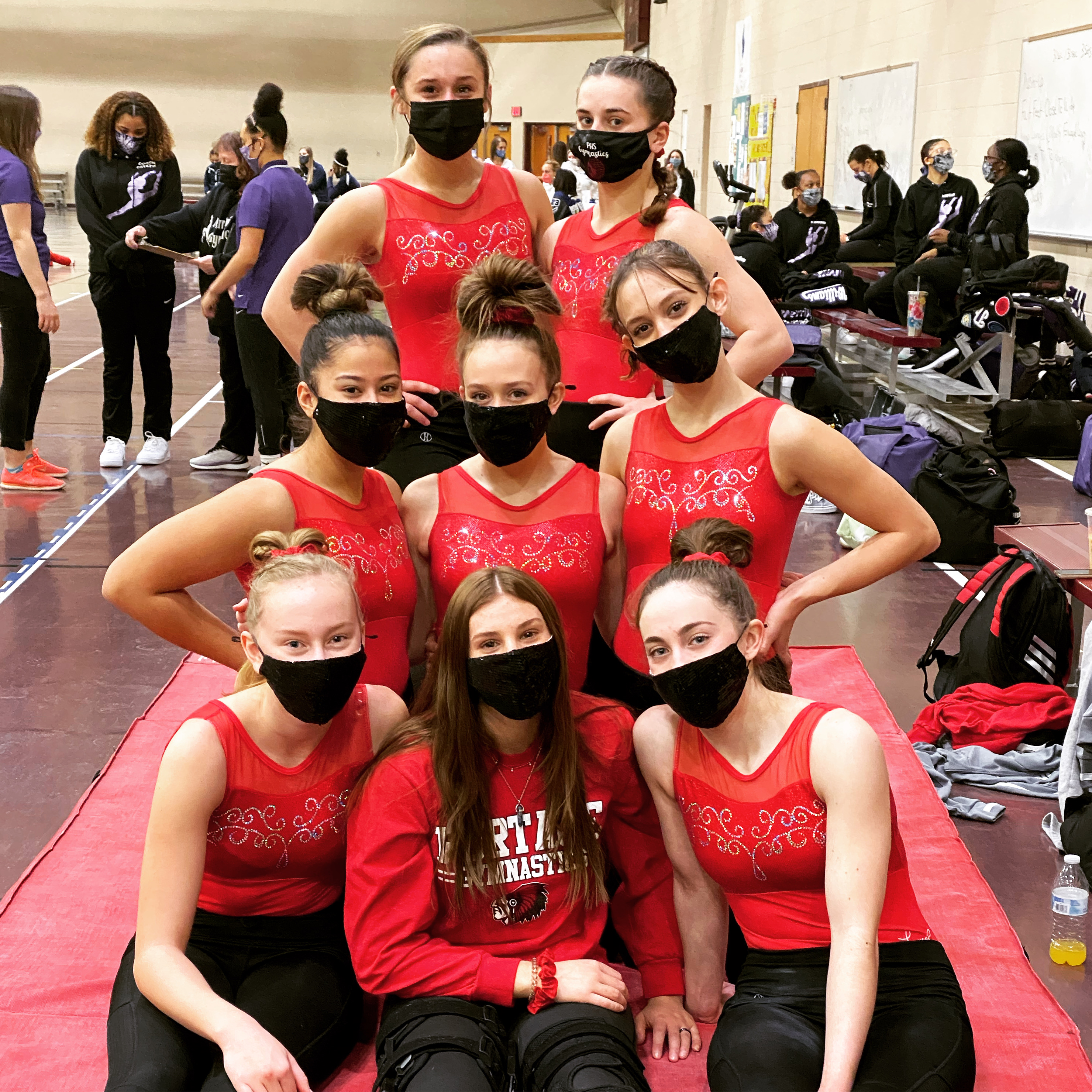 The Indians travelled to Chesterton on Saturday, February 20th, to compete against the seven other Duneland Athletic Conference teams in the DAC Championship. Portage placed fourth at the meet, scoring a team score of 108.175. The girls started the day on the uneven bars, and had one of their best even team scores of the season. Shelby Conrad nailed her routine and clenched a 9.2, while Maggie Underwood made her post season debut with a solid 8.85. The Indians then went over to beam where Jenna Cruz lead off with an 8.7, followed by Conrad with an 8.825. Payton Peele had all eyes on her as she scored an impressive 9.425, and ended up with the second highest beam score of the day! Underwood then lead the Indians off on floor, scoring an 8.6, followed by Peele and Conrad with 9.3 and 9.275 respectively. Wrigley Barcelli had the highest score of the day for the Indians, scoring a 9.45 on the event, and just missed top six by a quarter of a tenth. The Indians closed out the meet on vault, where Barcelli and Conrad scored 8.85 and 8.75, followed by Peele with a 9.15. Peele and Conrad were the only two Portage gymnasts that competed in the all-round, and they both finished in the top ten! Peele placed sixth in the conference with an all-around score of 36.275, and Conrad finished in ninth with a 36.05.