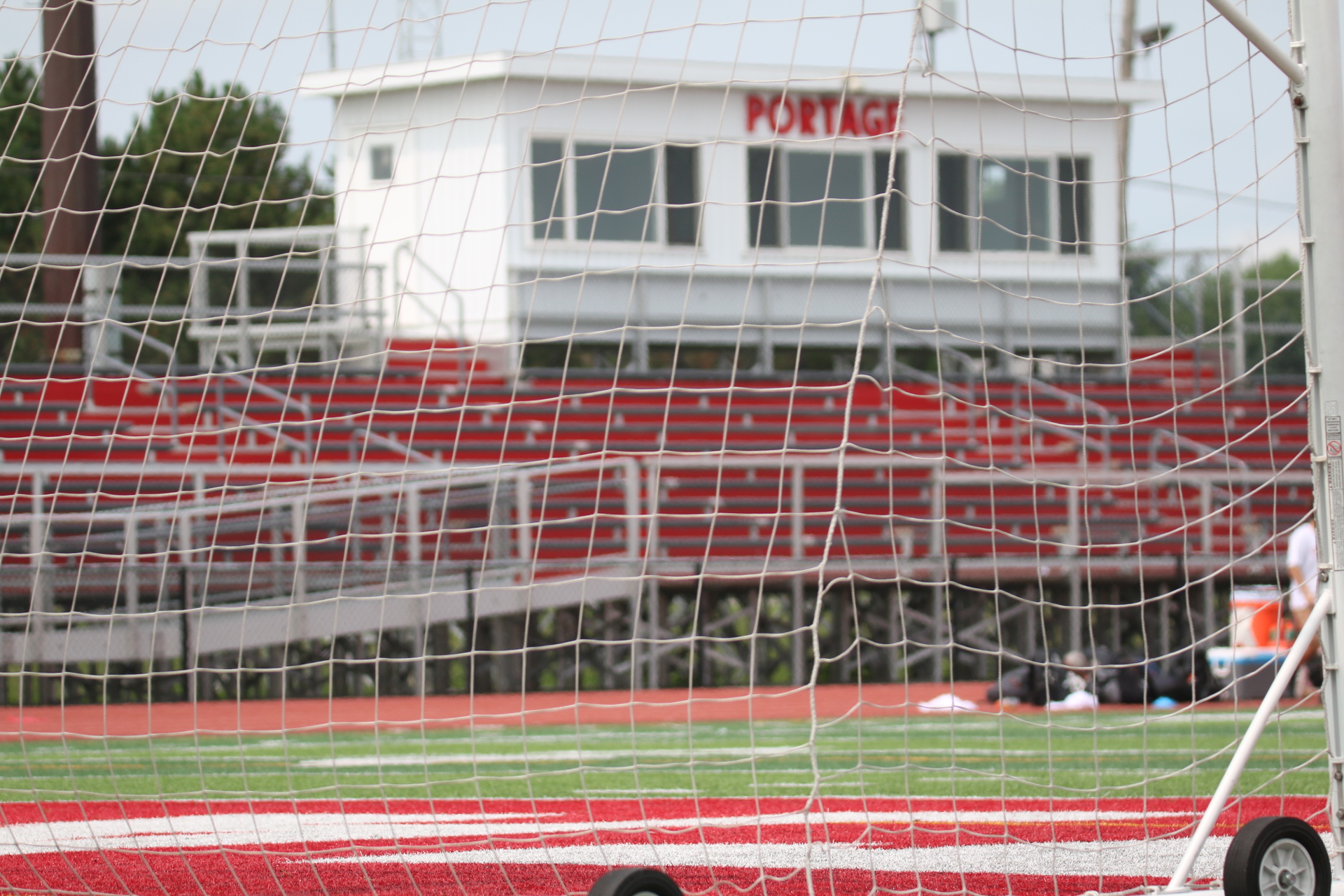 Boys Soccer (4-2-1 overall) took down the Kanakakee Valley Kougars on Monday 3-1. Alex Sweeney, Danny Prohl, and Josh Perryman had a goal a piece with Jovan Simakoski added 2 assists and brother Kristian added another assist.
The Boys Soccer team then went to battle with the Blue Indians of Lake Central and fell 4-1. The team had the match tied at half, but surrendered three goals in the second half to fall 4-1. Danny Prohl delivered the single goal for the team.

Girls Soccer fell to Lake Central 5-0 on Tuesday. The Indians kept the game close at half, behind 2-0. But they let up 2 goals within the last twenty minutes to make the score seem larger than it was. Coach Plawecki believes that he saw some good things out of his team and definitely some things that he could build on.

Girls Volleyball (5-4) fell to both LaPorte and Lake Central in straight sweeps during the week. Mackenzie McCarty-Hubbard led the Lady Indians with six kills and Madison Carver delivered three kills against LaPorte.

Girls Golf fell to Kankakee Valley 179-187 behind medalist Olivia Wood with a 36 on Tuesday.  Peyton Panozzo shot a 45,  The Indians then played in the Boone Grove Quad where they placed 2nd out of the four teams.  Varsity Scorers were Olivia Wood as the medalist with a 42, Hanna Doell with a 56, Jordan Jacobs with a 60 and Gina Kapinos with a 62.  They then played at the Lafayette Jeff Invite.  Olivia Wood placed 9th with a 81.  Peyton Panozzo and Gina Kapinos both shot a 105, Jordan Jacobs shot a 113, and Hanna Doell rounded out the Indians with a 126.  This was the Indians season low 18 hole score, a 404.

Boys Football took a 18-10 victory over Lake Central Friday night at the Warpath. The game was delayed with 27.3 seconds left in the first half and was resumed after a 3 hour and 12 minute lightning delay. Zack Warchus ran for 153 yards on 24 attempts. He also had two touchdowns for the Red Indians. Trey Sebban also took the ball into the end zone for the Indians. Humberto Morales led the defense with 9.5 tackles including 3.5 sacks. 2 of his 3.5 sacks happened in the 4th Quarter on 4th down, including the sack that ended the game for the Red Indians victory. Josh Warmick also collected 7.5 tackles during the game.

Boys Cross Country and  have no results currently posted. Will try to get information and reupload this press brief.