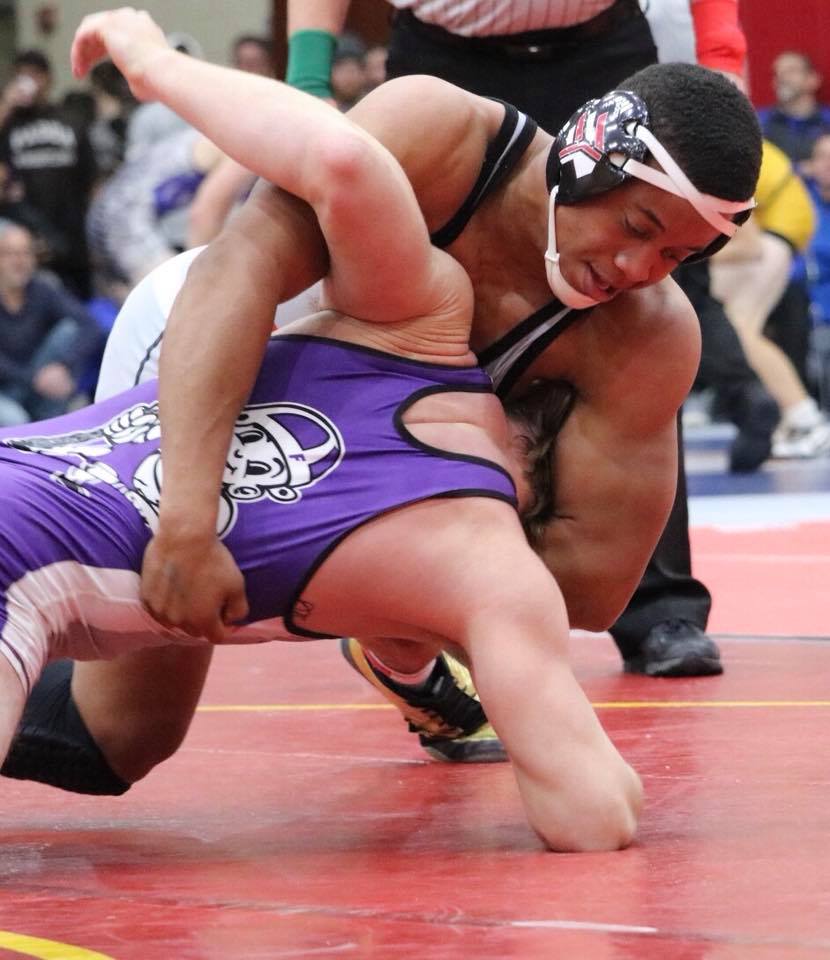 The Portage High School Wrestling Team excelled against some of the countries best teams at the 57th Annual Brecksville Holiday Wrestling Invitational on Friday and Saturday. Portage finished 2nd of a field of 47 teams, finishing behind the InterMat #9 Team Detroit Catholic Central (MI) (200). Portage (173.5) finished above two other nationally ranked teams including the host school, Brecksville (#23) (168.5) and Lowell (MI) (#32) (148).

The Indians were led by a pair of runners-up participants in Jacob Moran and Kasper McIntosh and third placer DJ Washington. Moran started his tournament with a 1:17 fall against Ben Sponseller registering three takedowns before the fall. He followed up that performance with a four minute technical fall against Jake Vayo-Smith of Sycamore with the final score 17-1. He finished Day One with a 8-2 decision over William Doepker of Elder. His first match of Saturday morning was against Collin Yinger of Nelsonville-York and he was able to obtain seven takedowns on his way to a 15-6 major decision. That set up the matchup with InterMat’s #1 Ranked Jacob Decatur. Moran fell in the finals by a score of 7-4.

Kasper McIntosh began his Brecksville Invitational with two falls first against Chucky Lipps (Elder) in 5:29 and then Gary Gottschalk (Walsh Jesuit) in 5:12. He then took a 5-2 victory over Joseph Urso (Detroit Catholic Central). His second day started with a 2-1 victory over Walker Heard (Marysville). Kasper was benefitted by a fleeing the mat call during the match where it appeared that McIntosh had a takedown and Heard fleed the hold backing and ultimately jumping out of bounds. In his finals bout, he went to Tiebreaker 2 when he did not score an escape and then was called for locked hands with no time remaining during the second session of Tiebreaker 2. McIntosh fell 2-1 to Victor Voinovich of Brecksville.

Donnell Washington Jr. lit up the scoreboard on day one scoring 29 points and registering 4 falls in a total of 4:35 seconds. Day Two started with him wrestling the #7 ranked Connor Brady of Olentangy Liberty. Washington fell 17-5 after being taken to his back twice during the match. He started his consolation bout with a takedown in eleven seconds and ultimately scored a fall in 1:52. DJ then wrestled for third place against Sandro Ramirez of Wauseon. DJ utilized a timely second period tilt to propel him to a 5-0 victory. Donnell Washington will be awarded the Most Falls in Least Time Award after some confusion due to technical difficulties.

Two Rickys and a Bondon

Three Indian wrestlers qualified for unsung hero honors from this tournament. Ricky Hegedus took 7th for the Indians knocking off the 4-seed Devon Johnsen of Detroit Catholic Central and finished the tournament with 9 team points. Ricky Beehn (HWT) picked up a pair of victories in a tough heavyweight bracket including a fall against in-state foe Brett Batchelor in 1:50.

Jacob Bondon finished tournament in 6th as an unseeded participant after putting a first day together where he trailed 5-0 and 8-1 in a pair of matches. His signature ‘Bondon’ was able to pin Blake Linard and Nick Crawford in 2:26 and 4:59 respectively and was key to a 14-11 win against Caleb Wood of Fremont Ross in the Quarterfinal. Bondon fell in his next two matches to place 6th. He scored the team 15 points to help solidify our spot as the runner-up in the tournament.

Head Coach Leroy Vega said, “Bondon is wrestling like a man on a mission, never complains, and always is one of the guys that does extra work in pursuit of helping us win a state title.”

Other Results for the Indians:

After falling out of the Fab 50 Team Rankings two weeks ago, Josh Lowe has stated that Portage Wrestling will find its way back in those rankings this next week after seeing us in person and due to beating two nationally ranked teams in Lowell, Michigan and Brecksville, Ohio. We also kept the meet close with Detroit Catholic Central until the final round. See Josh Lowe’s tweet below: 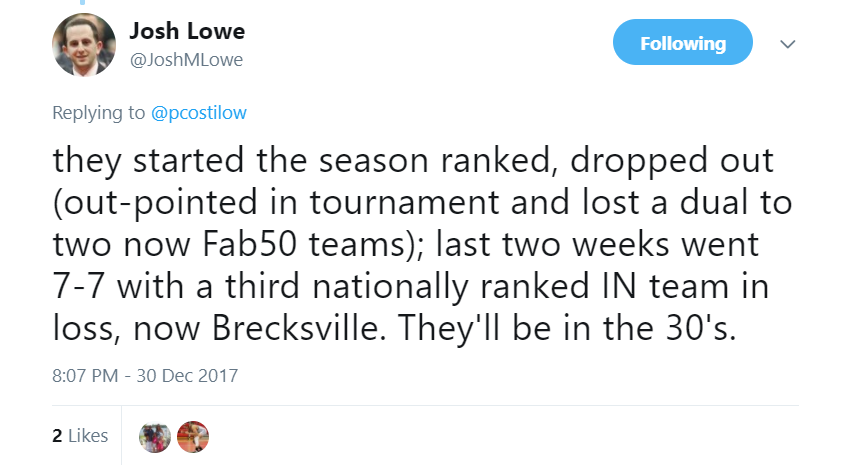 Next up for the Indians: