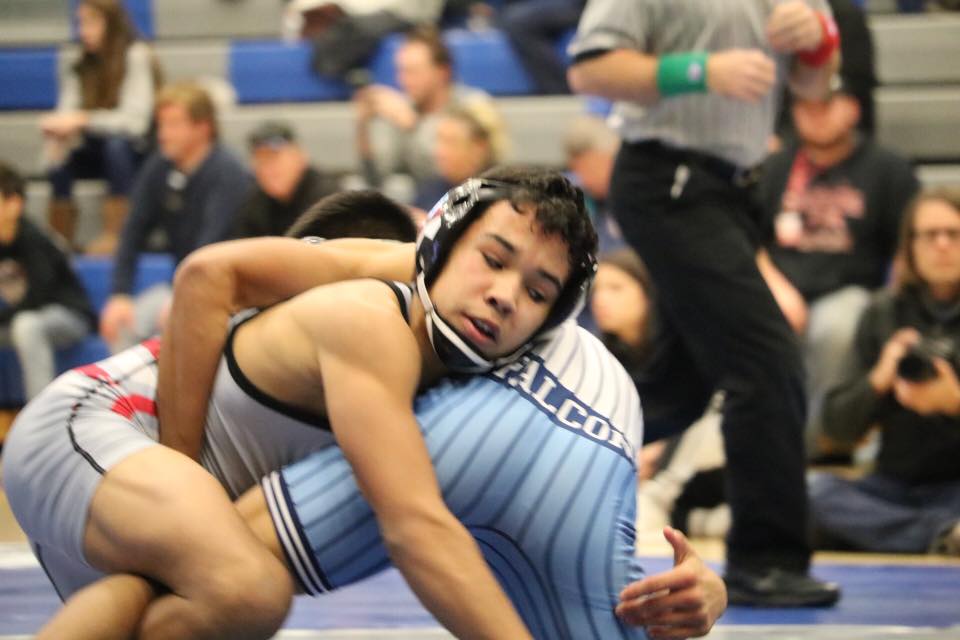 Wrestlers Head into Weekend as #4 Seed at Team State

The Portage Indians Wrestling Team will go into the Indiana High School Wrestling Coaches Association (IHSWCA) Team State Duals as the 4-seed and ranked 5th in the state. The IHSWCA put together a bracket, seen below, that incorporates 4 (A-D) pools of 3 teams that then is placed into Championship, 5th Place, and 9th Place brackets. The teams will be placed within the bottom brackets by their pool record. So if a team is 2-0 in the pool play they go into the Championship, 1-1 goes into the 5th Place, and 0-2 goes into the 9th Place. 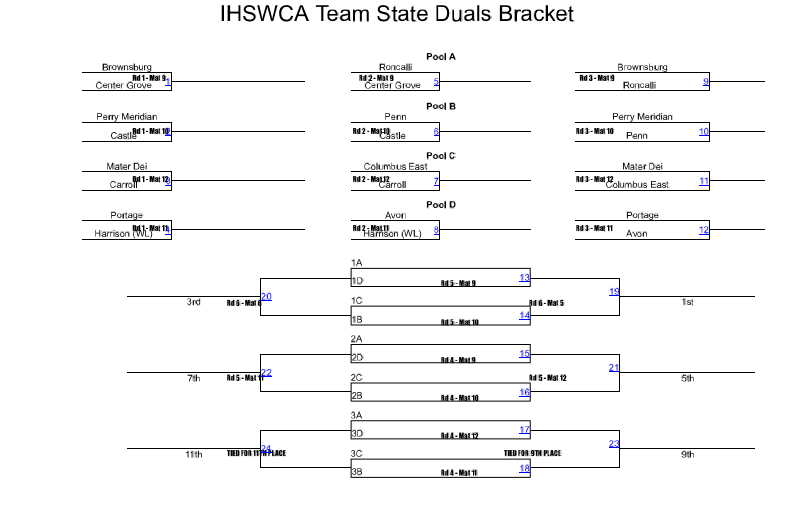 Within Portage’s Pool is Avon, the #6 ranked team by IndianaMat.com, and West Lafayette Harrison, the #19 ranked team. Avon comes into the tournament with 9 ranked individuals led by state #1 126 pounders Asa Garcia. The match of that dual might be #1 Garcia vs. #4 Colin Poynter.

West Lafayette Harrison will come into the State Duals as the 19th ranked team in the state with two state ranked individuals. Heavyweight Donnie Crider is ranked #5 and 132 pounder Cody Betourne is ranked #12 by IndianaMat.com.

If the Indians win their first two rounds, the state’s #1 team and #26th nationally according to Intermat will be awaiting.  That team is none other than the Bulldogs of Brownsburg.  Brownsburg is the defending IHSWCA and IHSAA State Champions as a team.

Below are the lineups (with Individual Rankings) according to TrackWrestling at 3 P.M. 12/20: