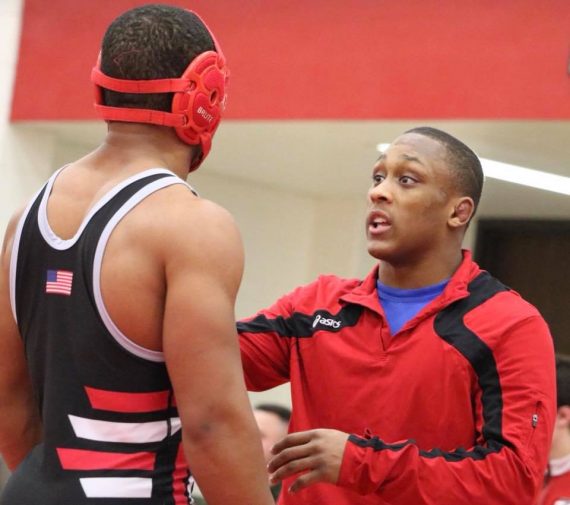 The Portage Indians Wrestling Team will be in action tonight against the Chesterton Trojans in the War on the Shore. The Indians begin the season ranked the #2 team in the state while checking in at #35 (InterMat) nationally. The Indians have 2 wrestlers that are ranked in the top 20 nationally. Jacob Moran is ranked #19 at 106 lbs. and Kasper McIntosh is ranked #13 at 145 lbs according to InterMat. The Indians also have a total of 10 wrestlers ranked within the top 16 in the state. Including 5 that are ranked in the top 4 in their respective weight class.

The Trojans of Chesterton will come to Portage as the #9 ranked team in Indiana according to IndianaMat. They are the returning IHSAA state runners-up and will no doubt bring in a powerful team with 5 state ranked individuals. Chesterton is not unfamiliar to the national rankings either. They will come into the meet with two ranked within the top 20 as well. Lucas Davison comes in at #7 at 195 and Eli Pokorney at #19 at 285 by InterMat as well.

MATCH OF THE NIGHT:
The match of the night will be 160 lbs. where the IndianaMat #1 and #4 ranked wrestlers might match up. Coming in at #1, Chesterton’s Diego Lemley was injured during the offseason at an event that he was representing Team Indiana. But, Lemley finished last season as the IHSAA State Runner-up at 160 lbs.

Transfer and newly eligible Donnell (DJ) Washington Jr. of Portage comes to Indiana after wrestling at Marion Catholic in Illinois last year. DJ was an IHSA (Illinois) State Runner-up in 2015-16 and a State Qualifier last season losing to the 11th ranked 145 lber in the country, Kendall Coleman, in the opening round of the tournament. DJ is looking to take Indiana by storm. This early test will be important for both wrestlers.